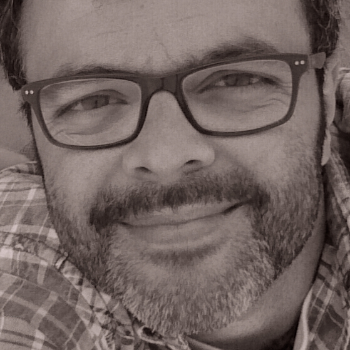 Particle physicist since 2001, upon the start of DPhil at the University of Oxford (2001-2005; UK) within the MINOS (US based) experiment. CNRS/IN2P3 scientist (since 2007) affiliated to the IJC laboratory (Orsay, France) and director (since 2014) of the underground LNCA laboratory (Chooz, France). Recognised expertise in detection, hardware (mainly electronics and photon-detection), simulations and physics analyses. Active supervision, mentoring and international collaboration with institutions in the America's, Asia and Europe. CNRS/IN2P3 national leader for Double Chooz (4 laboratories; since 2014), JUNO (5 laboratories; 2018-2019) and LiquidO (5 laboratories; since 2017) operations. Main scientific activities are (a) high precision experimental neutrino oscillation physics in Double Chooz (θ13; France based) and JUNO (θ12, δm^2, ±Δm^2; China based) experiments and (b) the development of the novel LiquidO detection technology for both neutrino (reactor, beam, supernovae and geo) and rare (ββ and proton) decay physics. Research in Double Chooz started in 2005 (first postdoc) and currently spokesperson (since 2017), after responsibilities in both detector (commissioning and running coordination for 7 years) and physics analysis (several tasks for 8 years). Research in JUNO started in late 2013 with the coordination of the main electronics/trigger system (2013-2015), then shifted to the conception (2014) and coordination (2015-2020) of the SPMT readout (26,000 channel 3'' PMT and electronics) system. Since 2020, main focus is on the novel Dual Calorimetry (task force leader) with expected impact to all the ultimate precision of JUNO neutrino oscillation parameters. Research in LiquidO started in 2013 upon the conception of the novel technique. Since 2016, co-spokesperson with Prof. F. Suekane (RCNS/Tohoku University, Japan) of the LiquidO international scientific project and proto-collaboration (20 institutions, 10 countries) addressing research in both R&D and its physics potential, including recently conception of the prospect "Super Chooz" (under exploration) as well as its derived "AMOTech" applied technology/science project.